A Love Story from Shantiniketan

Shounak and Poulomi’s love story began when they were childhood , who never thought they would get married. But love does find a way! After spending years together as the closest of buddies, they went their separate ways in college, only to be reunited a few years later. And found love. Or rather love found them.

Shounak would alone keep BSNL in business in Kolkata with the number of calls he made to Poulomi. She would visit him in Kolkata, from Burdwan, every weekend just to ensure he can have the food she had cooked with so much love. He would be the first and the most appreciative an audience she could get for her singing. She would be his pillar of support through his rough patches at work.

And during one of those trysts at a home far away from home, they decided to get hitched.

This is a story of the day when it all comes together. 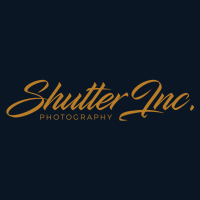 shutterincphoto
We are a boutique wedding & family photography company led by Soutrik Sengupta based in Kolkata. We serve clients from all over Bengal.